It’s September already, which means that Banned Books Week is making its triumphant return for 2014 from 21-27 September. The American Library Association partners with a whole slew of organizations to celebrate the many amazing books that have been banned or challenged.

You might think that censoring and banning books doesn’t happen anymore. You’d be sadly wrong. It happens more often than you might care to think. The big story that’s blown up recently is that a pastor in Texas wants his local library to pull at least 75 titles dealing with the occult to protect young readers from dangerous influences. The threatening titles include Twilight, which is only threatening if you consider rewriting vampires to sparkle in the sun a threat.

END_OF_DOCUMENT_TOKEN_TO_BE_REPLACED

And a quick head’s up: every Tuesday night from 7-9 (EST), I’m going to be livestreaming Binding of Isaac runs on my Twitch channel. Hope to see you there.

Face Off, one of the best reality shows on TV, is doing something I can’t remember another reality show doing. The judge’s will be competing in a one hour special tonight. It looks amazing.

END_OF_DOCUMENT_TOKEN_TO_BE_REPLACED

Sketchy Details @ YouTube is shifting over to a video game let’s play model. I experimented with different kinds of content and, frankly, think the medium is best served with interactive criticism. If I could do the same thing with films, television, and music, I would, but there is no support for such fair use videos in those industries.

There will be five theme days, plus extra videos pulled from live streaming. Here’s the schedule:

END_OF_DOCUMENT_TOKEN_TO_BE_REPLACED

Sin City: A Dame to Kill For pretty much picks up like there wasn’t a nine year gap between the two entries in the Sin City series. Robert Rodriguez teams up with graphic novel creator Frank Miller to bring the gritty noir of Sin City to life in glorious black and white. Once again, three intertwined stories are told.

The titular story is the reason to see the film. It’s the best of the six stories told in the films, largely because the casting is perfect. Josh Brolin plays Dwight (the pre-cosmetic surgery version played by Clive Owen in Sin City), a photographic investigator for hire. He catches a very rich man sleeping with a prostitute and stops her from being murdered in cold blood. That job leads him right back into the arms of his former lover, Ava (played to perfection by Eva Green). The former femme fatale is in real danger at the hands of her husband’s body guard Manute (played in this film by Dennis Haysbert after Michael Clarke Duncan passed away before filming). Dwight has to use every tool at his disposal, namely sociopath Marv (a stunning return from Mickey Rourke) and the ladies of Old Town (Rosario Dawson returning as ringleader Gail and Jaime Chung taking over as deadly little Miho), to save the poor damsel in distress.

Frankly, it might have been a wiser decision to just make that one story the plot of A Dame to Kill For. The cold open with Marv taking revenge on stuck-up college preps assaulting homeless people is the perfect reminder of the violence and humor in the series. Joseph Gordon Levitt’s story as Johnny, the luckiest gambler and unluckiest person in Sin City, and Jessica Alba’s revenge story as Nancy are not as successful. Nancy’s story has a stronger connection with Marv to the best short, but Johnny’s story is literally a case of the wrong place at the wrong time.

One has to wonder if the passing of Brittany Murphy when the screenplay was being written resulted in some unfortunate creative choices to cover for her absence as Shellie. Shellie plays a huge role in the print stories, specifically in the sequence “A Dame to Kill For” comes from. She’s more involved with Marv and Nancy than Johnny, a tertiary character, and also has a strong relationship with Hartigan, who is now a guardian angel to Nancy. The inclusion of Shellie could have meant a third story focused on her, which would have directly involved Marv, Dwight, and Nancy rather than Johnny’s story set at the same time.

The absence of Shellie becomes more obvious when you realize how many characters were recast and used a lot for A Dame to Kill For. Jamie Chung and Dennis Haysbert are both strong in the sequel, but they’re also very different actors than Michael Clarke Duncan and Devon Aoki. The imagery of a lot of the workers in Old Town remains the same, but the actors playing them are different. Quite a few of the regulars at the dance bar are different actors, too. What difference would it have made to cast another Shellie to tell a more cohesive and fulfilling anthology story?

Putting aside the issues with the balance between the anthology shorts, there are other problems with the film. The editing isn’t as tight and the novelty of the pops of color is overused. Do we really need Goldie and Marcie to show up with curly blonde hair, pale skin, and red lips? Does every major character except for Johnny need to have their eye color change at some point? Does Big Yellow Bastard need to constantly pop up in paintings, photographs, and flashbacks? The appearance of Ava in the bright blue coat and green eyes loses its effectiveness before she even appears because of the plethora of colorful explosions and throwbacks to insignificant characters in the universe.

It’s also best to just ignore this is a sequel to Sin City, as well. The continuity is destroyed. Let’s just look at Marv, Nancy, and their shared nemesis the Senator. Marv dies in the first film trying to kill the Senator. The second film focuses on Nancy wanting to kill the Senator because of the death of Hartigan. Yet in the continuity of the films and graphic novels, Marv would be dead before Nancy gets to try for revenge. Here, we just pretend that Marv’s first story (the highlight of the original Sin City) never happened to service a weaker story in the second film. Marv can be involved with Dwight before plastic surgery fighting for Ava, but he literally cannot be involved in an assassination attempt on the Senator that happens after the death of Hartigan since Marv dies before Hartigan.

Is Sin City: A Dame to Kill For a terrible film? No. Far from it. It’s just messy. It took too long to come out and even the creators forgot too many details to really knock it out of the park. If you must watch, just focus on the brilliance of the “A Dame to Kill For” story and suffer through the rest. 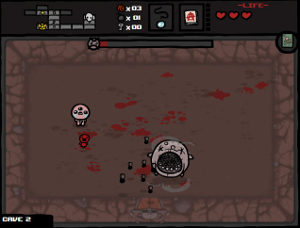 I’ve mostly not playing the same games from July in August. And by mostly, I mean I’ve been sucked down The Binding of Isaac rabbit hole, only now I’m good enough for a quick game to take 20 minutes before I die, not five.

END_OF_DOCUMENT_TOKEN_TO_BE_REPLACED 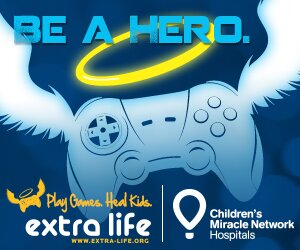